Universities of Nantes and Tours

SPHERE is a multidisciplinary unit that seeks to develop and validate methods that can be used in clinical or epidemiological studies.

The philosophy that drives the SPHERE unit is that the patient must be considered as a whole, i.e. taking into account his/her environment, and integrating his/her perceptions, experience, and wishes. 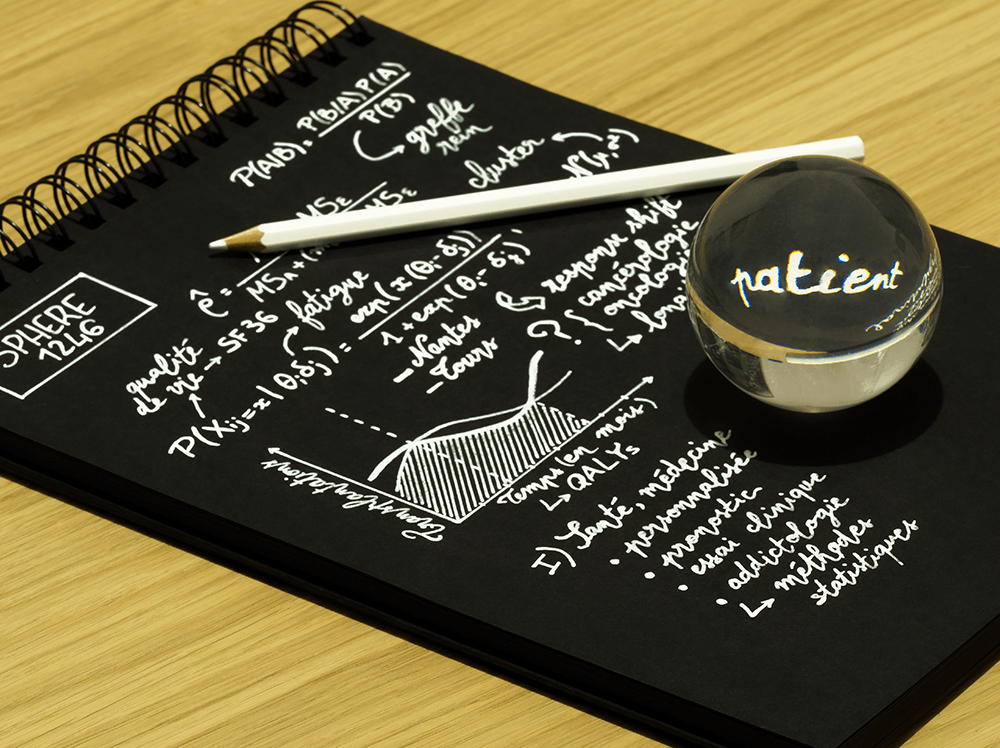 Methods for the measurement and interpretation of Self-Reported Outcomes

Behavioural addictions (BAs) [gambling disorder (GD), food addiction (FA), sexual addiction (SA)] may lead to disastrous consequences. They are often associated with other addictive or psychiatric disorders, and high rates of suicide attempts. Epidemiological studies report prevalence reaching 2.7% for GD, 5% for SA, and up to 7.9% for FA.
Many similarities have been highlighted between BAs, as well as with substance use disorders. One core clinical similarity between those disorders is craving (uncontrollable urge to engage in rewarding behaviours), which has been consistently associated with diminished control over the behaviour and relapse.
Whereas cognitive behavioural therapies have demonstrated their efficacy for the management of BAs in the short-term, the extent and durability of their effects are still unknown. Drop-outs are frequent, as well as relapses, with for example more than 70% of patients presenting recurrence of gambling behaviour at 12-months follow-up.
At present, no pharmacological treatment has been approved for BAs, but several medications have been tested. Among them, two opioid receptor antagonists - naltrexone and nalmefene - appear the most promising. By decreasing dopamine neurotransmission in the reward circuitry, they reduce both excitement for rewarding behaviours and craving.
Compared to naltrexone, nalmefene seems to have a better safety. To date, no study investigated the efficacy of nalmefene as a pan-addiction treatment for BAs. Two clinical trials have demonstrated its efficacy for the treatment of GD, but no clinical trial was conducted for FA and SA.
We hypothesise that nalmefene (36 mg/d), compared to a placebo, can have a therapeutic effect as an add-on to usual treatment for decreasing craving in several BAs. The NABAB study could therefore lead to the development of guidelines incorporating a drug option for treating BAs. The project will also investigate the genetic predictors of therapeutic success, which may improve knowledge on the genetic determinants of the nalmefene action.
Nalmefene holds a marketing authorization at the dosage of 18 mg/d in France for alcohol use disorder only. The choice of the dosage tested in this study (36 mg/d) results of a balanced decision between efficacy (demonstrated at 40 mg/d) and safety (poor from 50 mg/d), as observed in the two trials on GD. Moreover, our study will comprise “real-life” conditions: (i) patients who are often excluded from clinical trials on addiction, i.e. females, patients with psychiatric/addictive comorbidities and concomitant substance consumption, or treated with concomitant psychotropic medications, provided that nalmefene is not contraindicated; (ii) all therapeutic goals, either regaining control over the addictive behaviour or achieving abstinence. This may favour the applicability of the treatment in real-life and the generalizability for all patients that could benefit from it.
The provision of well-tolerated and inexpensive drug treatment would allow easier accessibility to care, for example in primary care such as general practice, and in the management of patients who have difficulty engaging in specialized care.

Complex interventions include several components that may interact with one another. In health service and public healthresearches they are often assessed with cluster randomized trials, which randomize intact social units. In these trials, whichpopulation is to be analyzed is a challenging issue. The boundary between lack of compliance and adaptation of the intervention tothe context is tenuous; participants may lack compliance because of their own willingness, or because of external events; becausethe intervention may be adapted to the context, an “as treated” population is also of interest. We definitely need guidelines on thisissue. On a statistical point of view, such trials are also challenging. While an adjusted risk difference is the preferred way ofexpressing results, classical statistical analyses usually return odds ratios. We presently lack clear recommendations on the optimalstatistical method to be used. The ESCIENT project aims to close these two gaps.